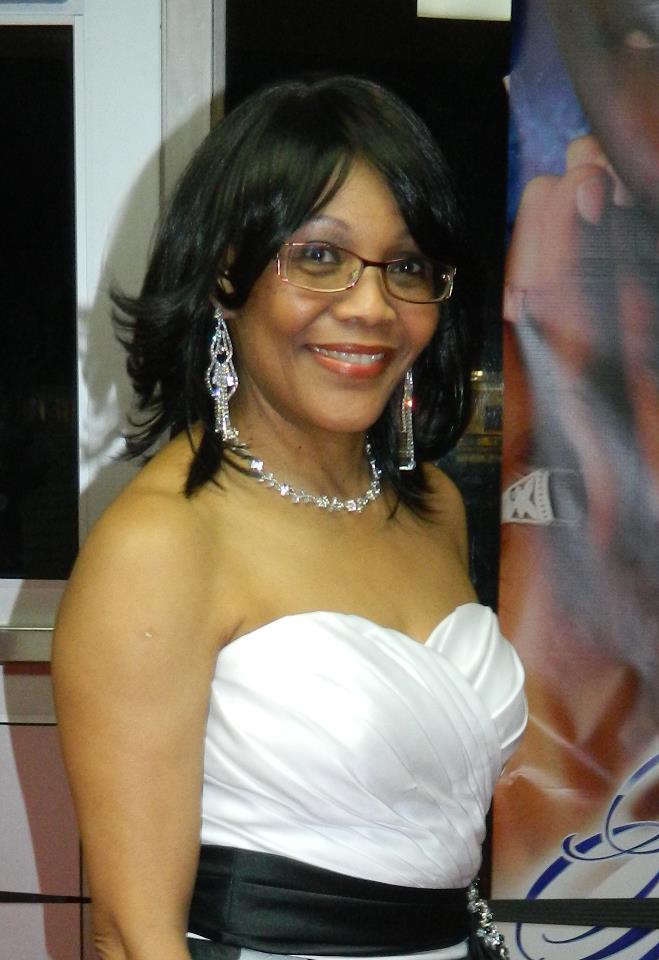 Her unique voice and dynamism heightened with grace, charm and poise describes Denise A. Gomez (a.k.a. Lady D) born in the nation’s capital, Kingston, Jamaica, and migrated to the rural parish of Clarendon at the tender age of seven. She attended the athletics-dominated Vere Technical High School as a promising sprinter and competed in the Girls Championships which honed her competitive and organizational skills. Denise pursued studies in Administration with the Pitman Institute, Air Travel studies with Prams International Travel School, and Public Relations at the University of the West Indies (UWI) School of Continuing Studies.

This articulate and down-to-earth lady has had a passion for broadcasting since childhood. Inspired by veteran Jamaican broadcasters, her break came through an acquaintance who introduced her to the CEO of Linkage Radio in Westchester County, New York where the gateway opened to radio. Lady D’s fluent and engaging style combined with her accuracy and attention to detail has captured radio audiences throughout the Tristate area and the world at large on her informative show dubbed “Inside the Zone with Lady D” aired Wednesdays 2-4 p.m. and Thursdays 6-8 p.m.

Denise’s corporate experiences have positioned her in the areas of administration, banking, insurance and special projects. She brings her non-profit strategist experience to Cotton Tree Toys For Kids, Inc. having worked previously with project-engineering experts from the parish of St. Elizabeth in the St. Elizabeth Homecoming Foundation.

Among her gifts and talents, her interest in theatre has engendered her keen interest in writing short plays and musicals over the years. Combined with her broadcasting prowess, she is also a newspaper and magazine columnist. 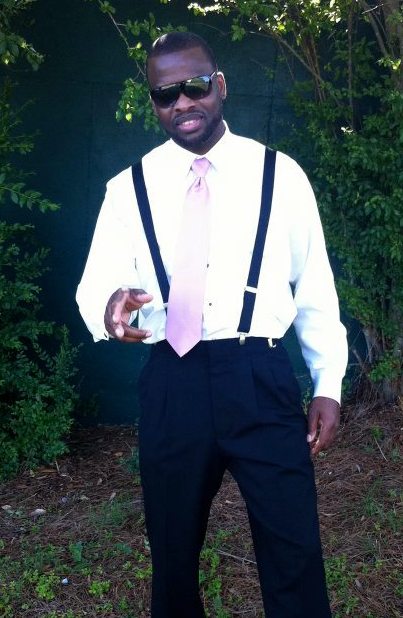 Kenroy Austin was born in the parish of Trelawny, Jamaica. In 1989, Kenroy migrated to the United States to reside with his father and relatives in Mount Vernon, New York. He attended Mount Vernon High School where he excelled to the coveted A+ student status. Kenroy merged into the workforce for two years before he decided to go on to Westchester Community College where he graduated with a Certificate in Electronic Engineering.

In 1998 he established his own business in the Bronx, Gan Gan’s So Unique Unisex Salon which closed operations in 2009. In pursuit of the competitive edge, he went back to school and became certified as an Electronic System Technician (EST). He later worked with a small company for one year and is now on his own doing what he loves as a System Technician.

Kenroy is an astute disc jockey/selector of the ‘Executioner Sound’ music center. He has made his name in the music fraternity throughout the Tristate area and the Caribbean.

Shawnel Johns was born and raised in Siloah St. Elizabeth. She attended Siloah Primary, Balaclava Secondary, and St. Elizabeth Technical High Schools. She joined the populace seeking greener pastures and relocated to Kingston where she lived and worked as a Secretary for several years.

Shawnel now resides in New York. She joined the Cotton Tree Toys For Kids, Inc. in December 2009 and has been working diligently in fulfilling her passion for children.
She has one child. 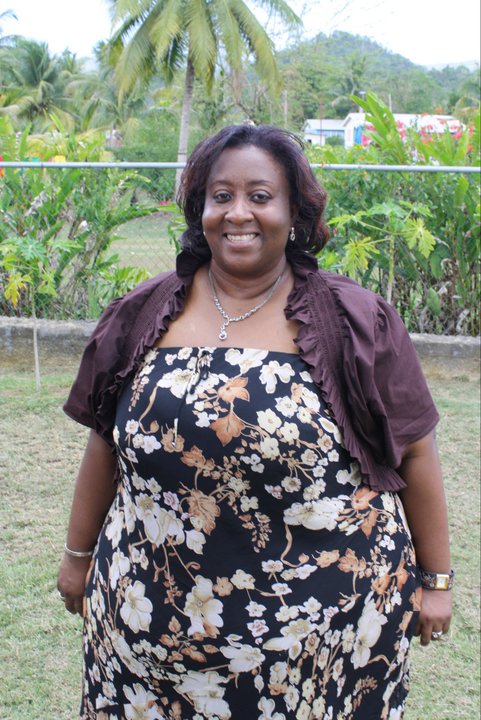 Carla Morris was born in Mandeville Manchester. The last of eight children to parents who believed strongly in love, giving back and sharing and a sound education and who felt education was the only way their children would survive the harsh realities of life.

Carla grew up in Balaclava St Elizabeth, Mandeville Manchester and Kingston, Jamaica. She is a past student of the prestigious Bishop Gibson High School for girls, EXED community College and studied public Relations at University of the West Indies (UWI) School of Continuing Studies. At present, she is preparing to continue her masters at Leicester University UK.

She is former editor and chief news anchor as well as talk show host at Linkz 96 FM in Savanna-la-mar, Westmoreland Jamaica. Carla’s zest for communication landed her at BOJ TV in Santa Cruz St Elizabeth where she is now Station Manager/Producer and presenter.

This vibrant mother of two adopted daughters views helping others as her blessing and her voice as a gift. Her love for children and helping them in their growth and pursuit of their dreams was evident when she gave up working for others in 2001 to assist with the guidance counseling department of her alumni Bishop Gibson high.

Her commitment to helping community and others has not wavered even with a hectic work schedule as she assisted students from Grange Hill High, Godfrey Stewart High and Petersfield High in preparation of their Caribbean Examination Council (CXC) examinations and personal development for the past six years.

Now back in her home town that dream will continue, as she embarks upon assisting her sisters with a feeding program for her primary school, Balaclava primary, and assist those in need throughout high school.

Carla joined the Cotton Tree Toys For Kids, Inc. in 2007 and is more committed to working with the organization in uplifting others in whatever area possible.

Audrey Brown was born in the parish of St Elizabeth, Jamaica. She attended one of the best high schools in Jamaica, St Elizabeth Technical High School (STETHS). A few years after graduating High School, she migrated to the United States where she quickly adjusted to the ‘Big Apple’ known for its fast pace and diverse ethnicity.

Audrey’s mastery in academic excellence is outstanding. She holds an Associate degree in Management Information Systems (MIS) from the Borough of Manhattan Community College (BMCC), Bachelor of Science degree in Computing and Management from Lehman College and a Masters of Arts degree from Queens College, majoring in Urban Studies.

Audrey currently works for a Governmental Agency in New York City in which she manages three Units and approves and audits revenue collections from five Borough offices and several small Units.

She has one daughter Tanika, who is mirroring her academic prowess.

Shelley Ann Susan Sterling was born in the quiet community of Union, Balaclava, St. Elizabeth. She attended the Balaclava Primary then later Manchester High School. Shelley Ann was a member of the Jamaica Constabulary Force before resigning to study at Shortwood Teachers’ College where she pursued a diploma in Secondary Education majoring in English Language. She later pursued a B.Sc also in English.

She currently teaches at Hayes Primary & Junior High School in Clarendon. She is the president of the Hayes Police Youth Club and Secretary for the Clarendon Police Youth Club Council. She is an avid reader and a dedicated community person.

We Can Make It Happen
Treasure Beach and Vicinity
Comments

I have been so happy to support this wonderful cause for the last three years. It's really great to see all the great toys collected by this organization over the years. They just seem to get better with each year. Great job guys!
Loving Cotton Tree
Junie

Hey Denise and team Cotton Tree! Had a great time always and have gotten my toys together for the upcoming BBQ. What's the date for the event this year? The kids are looking forward to the games and are already talking about who's going to win. Lol
A Worthy Cause
Tony S
Venroy, your team is great! Lady D is so passionate about this organization that she gets everyone in the spirit of giving. I can't wait to be a part of your next event. Just one bit of advice, you might want to expand because the last event was so packed with supporters, people could hardly move. I really respect the work your team does for the children.
Herman Family
Sonia Herman
Thanks for the nice job you do each year. Last year was my first time at your indoor BBQ and my family and i had a blast. There were so many toys, people are truely generious and i can't wait for this years event.
←→
Recent Posts
Useful Links
Follow